This past weekend I took a road trip around New Mexico. The question I got the most before going was “Why New Mexico???”. After completing the road trip I knew I had made the right choice. So let me tell you “why New Mexico”.

Hot Springs – I am a sucker for cool swimming holes and especially if they’re hot springs. New Mexico has no shortage of either. While I wish I would’ve had more time to explore all the great swimming spots New Mexico has, I was only able to hit up one, and it did not disappoint. We made the short hike to Spence Hot Springs in Jemez Springs area. We were there at about 10am and only came across one other hiker. When we reached the hot springs we were surprised to find it was actually as beautiful as the photos. When touching the water we soon realized it wasn’t as warm as we had hoped. However we decided to hop in and went in to a small cave. Once in the cave the steam made it incredibly pleasant. So while it wasn’t hot tub temperature it got pretty close inside the cave. 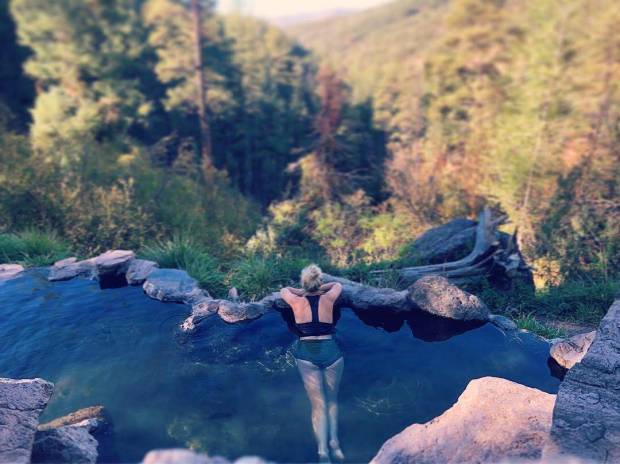 White Sands National Monument – This was my main inspiration to travel to New Mexico. I wanted to see White Sands, located in Alamagordo about 3 hours south of Albuquerque, and it lived up to expectations and then some.  Not only was it beautiful, you can sled down the dunes! A few notes about this, there are sleds available at the Visitor Center but check with your hotel first! The hotels usually have a lot from those who buy the sleds and don’t need them again. Also you need wax to get your sled to gain some speed. Again check with your hotel first but the visitor center has it for sale for only around $2. Make sure to stay for sunset, it is not something you’ll want to miss.

Bandelier National Monument – We kind of happened upon Bandelier and decided to pop in and were happy with what we found. This park preserves ancient cliff dwellings. You can see plenty of them on the main loop and even climb the ladders to poke around a couple of them. Take the extra .5 mile detour to Alcove House where you can climb some very tall ladders to a cave high up the cliff. 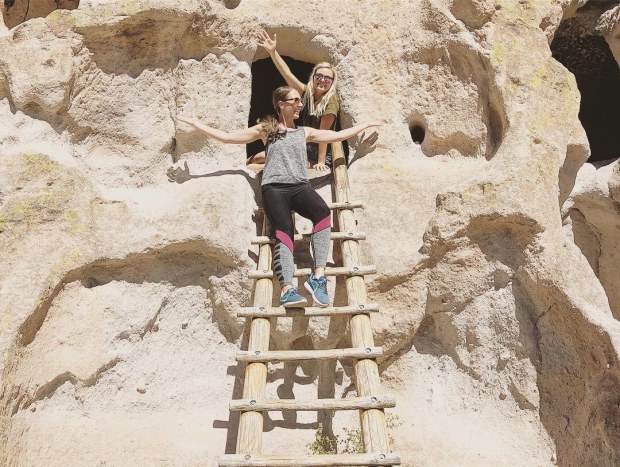 Santa Fe – We only did a quick stop in Santa Fe but found some delicious tacos at El Callejon for lunch with some amazing dessert at Kakawa Chocolate House. Everywhere we stopped in Santa Fe someone mentioned we should see Meow Wolf. After a third person recommended it we decided to go. Here’s the thing, each time someone recommended it they couldn’t quite explain it other than it’s art. After having been I agree. It is an experience I would say not to miss if you are in Santa Fe. The only way I can describe it is, interactive art. Go with an open mind, know it’s cool and will take you several hours. Otherwise I would recommend going without any other knowledge and just let yourself be blown away by this crazy immersive experience.

Albuquerque – Old Town, Nob Hill, Breaking Bad sights and more. There’s no lack of adventure to be had in Albuquerque. If we would’ve had more time I would have loved to attend a Flamenco performance or taken the tram to Sandia Peak. 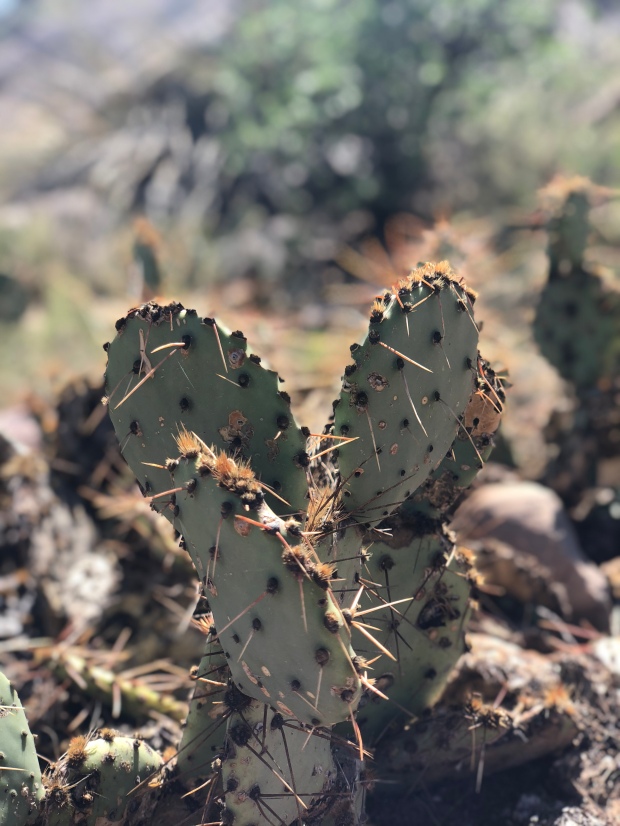 Roswell – Roswell was a last minute decision. It was about an hour or two out of our way but we decided it would be fun to indulge in alien theories and stories. When we arrived  the chili cheese festival happened to be going on. It was a small festival but fun to walk around the booths and try some chili cheese inspired foods. Really random but as we were walking around we ran in to BJ Novak, who plays Ryan from the office. We said hi but then left him alone. I never would’ve guessed I’d run in to a celebrity in Roswell New Mexico! After the festival we went to Alien Zone and paid a few dollars to take fun photos in their set up and then hit up the UFO Museum.

Other sights  worth mentioning:

Tent Rocks National Monument – We had planned on going here but ran out of time/took the wrong directions. When I make it back this is a MUST.

Carlsbad Caverns – We kept getting asked if we were going here. It was too out of our way but the caves definitely look interesting.

Truth and Consequences – This looked like a fun quirky town but again we didn’t have the time for it.

PistachioLand – On our way out of Alamagordo we stopped at the worlds largest Pistachio which happens to be at PistachioLand. This was worth the stop as there are over 20 samples to taste and you can take a short tour for only $2 a person. 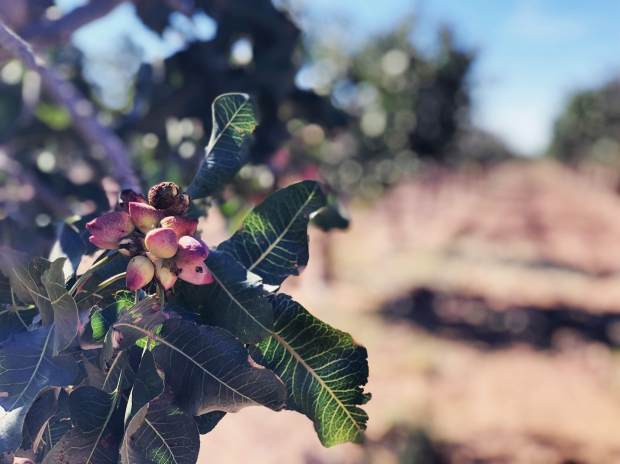